A trip planner with a difference

OpenTripPlanner is an open source multi-modal trip planner. It brings together work from a number of existing open source projects, including Graphserver, OneBusAway, and FivePoints, and aims to be easy-to-use, flexible, reliable, and fast. 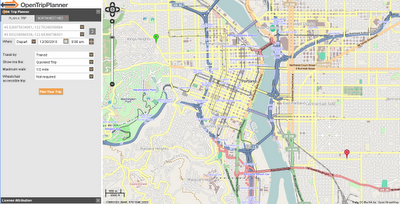 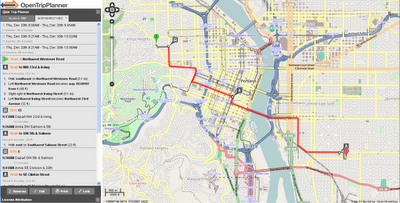 Lots of Options - like Transit only - with changes includes - clearly laid-out. 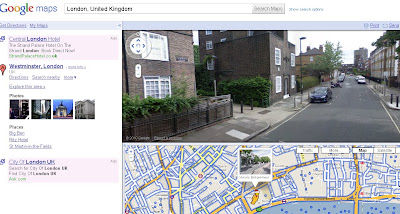 Another great example from Bill Chadwick 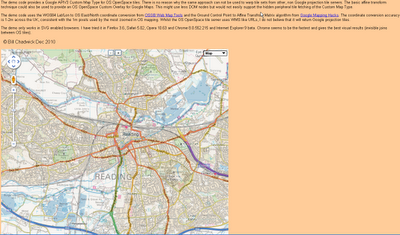 "The demo code provides a Google APIV3 Custom Map Type for OS OpenSpace tiles. There is no reason why the same approach can not be used to warp tile sets from other, non Google projection tile servers. The basic affine transform technique could also be used to provide an OS OpenSpace Custom Overlay for Google Maps. This might use less DOM nodes but would not easily support the hidden peripheral tile fetching of the Custom Map Type.

The demo code uses the WGS84 Lat/Lon to OS East/North coordinate conversion from OSGB Web Map Tools and the Ground Control Point to Affine Transfrom Matrix algorithm from Google Mapping Hacks. The coordinate conversion accuracy is 1-2m across the UK, consistent with the 1m pixels used by the most zoomed in OS mapping. Whilst the OS OpenSpace tile server uses WMS like URLs, I do not believe that it will return Google projection tiles.

The demo only works in SVG enabled browsers. I have tried it in Firefox 3.6, Safari 5.02, Opera 10.63 and Chrome 8.0.552.215 and Internet Explorer 9 beta. Chrome seems to be the fastest and gives the best visual results (invisible joins between OS tiles)."

Limitations of the File Geodatabase API

While the File Geodatabase API will support reading the schema and data of complex geodatabase types, the API will not honor geodatabase behavior on inserts, deletes or updates to the following dataset types:


The API will not prevent users from attempting to edit objects with complex behavior, the onus will be on the developer to understand what they should and should not edit through the API and avoid editing datasets that have geodatabase behavior. There will be a method called Table::IsEditable which will provide developers with the ability to determine whether a dataset can be safely edited.

Other limitations of the File Geodatabase API at its initial release:
http://blogs.esri.com/Dev/blogs/geodatabase/archive/2010/12/13/File-Geodatabase-API-details.aspx 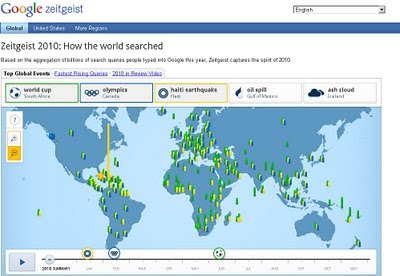 Based on the aggregation of billions of search queries people typed into Google this year.
http://www.google.com/intl/en/press/zeitgeist2010/

Using Earth Engine you can browse though the data catalog and select to view satellite imagery from MODIS and Landsat 5. If you then select 'workspace' you can view the satellite imagery overlaid on Google Maps.

Each satellite imagery data set comes with a timeline slide control, so you can select the date of the imagery you wish to view. The Map Gallery section allows you to browse through maps created by Google's launch partners and the Earth Engine team. 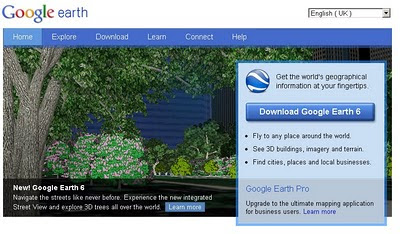 Google Earth lets you fly anywhere on Earth to view satellite imagery, maps, terrain, 3D buildings, the ocean and even galaxies in outer space. Explore rich geographical content, save your toured places and share with others. Download the latest version free of charge.