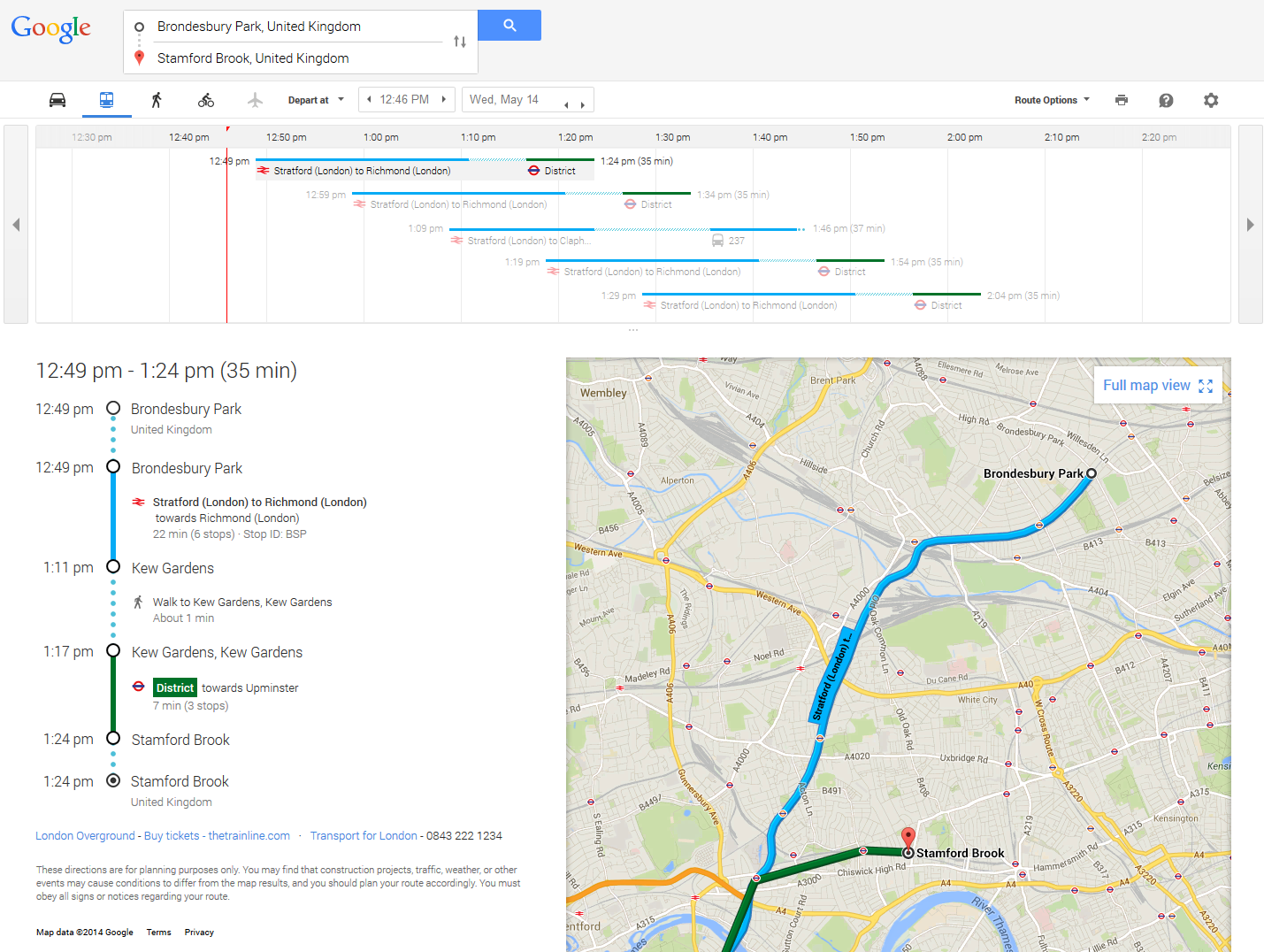 Today, Google Maps is helping you get around on public transit even more easily with these additions:
Source:
http://google-latlong.blogspot.ca/2014/05/hop-on-boardand-go-almost-anywherewith.html