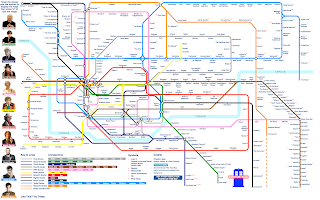 
More information on the 50th Anniversary of Doctor Who
http://www.bbc.co.uk/programmes/p01lb74r

(Remote Mapping to help emergency organizations)
Typhoon Haiyan  also known as Typhoon Yolanda, is a tropical cyclone that devastated the Philippines. It first made landfall at Guiuan, Eastern Samar on the morning of November 8, 2013, and then proceeded to Tacloban City , where a storm surge laid waste to much of the area. The typhoon then caused destruction in northern Cebu, Panay island, and northern Palawan before exiting the country towards Vietnam 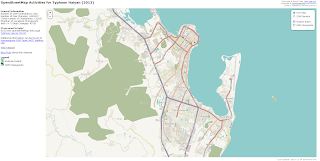 http://openmapsurfer.uni-hd.de/Elements_at_Risk_Map.html?zoom=14&lat=11.26843&lon=124.96833&layers=B000TTF  (layers for critical infrastructure elements at risk and the residential population distribution in the Philipines in 90m resolution)