*This is an open source project so enhancements and patches are encouraged.

Google Vector Layers allows you to easily add one or more vector layers from a number of different geo web services to a Google Maps API based application. 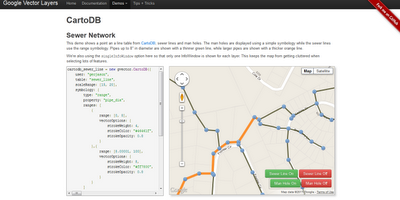 How it works?
Google Vector Layers works by listening to map events (pan and zoom) and then fetching features within the map bounds after each event. This method works great for data sets with lots of features that you want to interact with, but not load all at once. 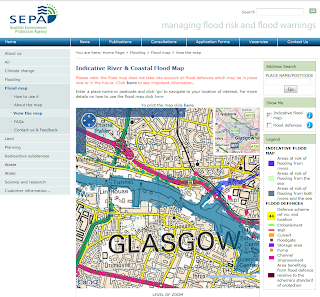 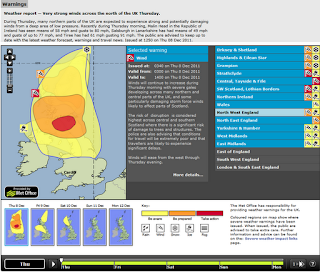 Know of  anymore maps/tools for Weather in Scotland - comment on blog. 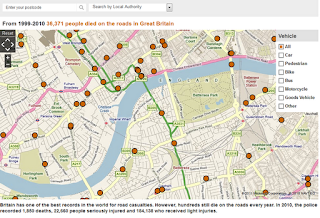 The live map shows the location and detail of each collision and will be updated as information is received throughout the day. 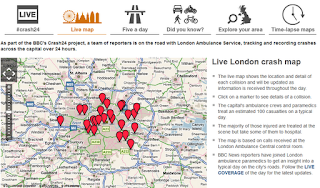 "Britain has one of the best records in the world for road casualties. However, hundreds still die on the roads every year. In 2010, the police recorded 1,850 deaths, 22,660 people seriously injured and 184,138 who received light injuries.
About this data

Using official data recorded by police in Great Britain between 1999 and 2010, we have plotted every road collision in which someone died. In all, 36,371 fatalities are marked on this interactive map. You will also find partial data for Northern Ireland, for 2004-2009.


Detailed information about each crash is recorded by the police at the scene. It is subsequently transferred onto a computer database. This is available to researchers from the Economic and Social Data Service. As with any large collection of data, there will be errors and omissions that occur in this process and some of these will be found in this map. The BBC apologises for any distress or offence that may be caused by the inclusion of these errors."

Thanks to @neilhansonphoto
for the link.