The City of Edmonton in Alberta, Canada is following suit of Vancouver and Toronto and opening up city (public) data.

Data available now (more available after review of the community preview Feb 2010).
Though Edmonton take it a stage further and provide feeds and data overlay map ready so users can quickly make use of the data. 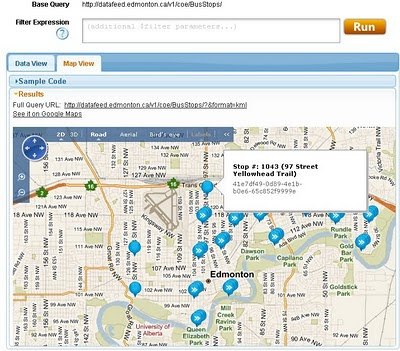 Getting to the Data 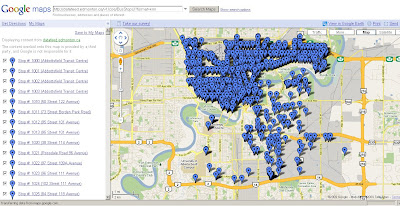 There is a stage futher, not only do City of Edmonton provide Scripts ready made so it makes it much easier for non programmers to create their own web maps. 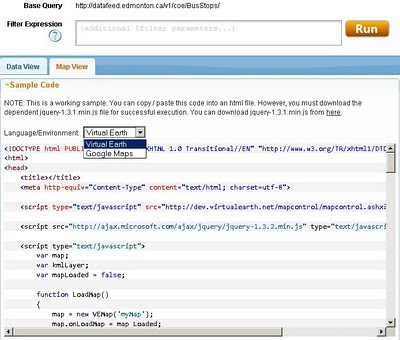 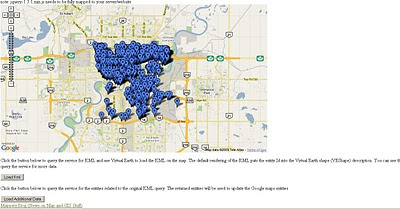 This a mapperz example taken from the code above. Though there are two important changes for the examples to work.
1. jquery-1.3.1.min.js needs to be fully mapped to your server/website
2.Google Maps API requires a specific API Key for YOUR site (API Key signup)

Other changes mapperz made are simply moving the latitude and longitude to centre on Edmonton and not Washington DC.

Links - and Well done to the City of Edmonton making this available.
http://data.edmonton.ca/