If you want just one map to locate events for the Winter Olympics in Vancouver 2010 then this Interactive and Animated 3D Map created by The New York Times is it. 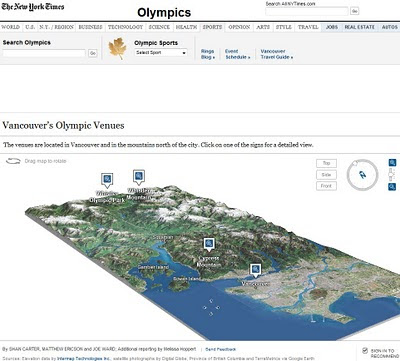 Clicking from the Map above smoothly zooms to: 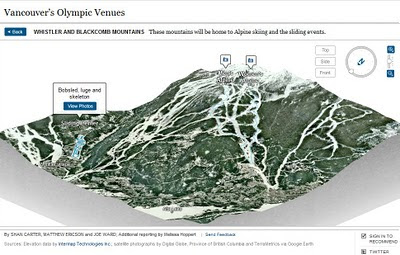 Users can control Aspect using the controls in the top right corner. 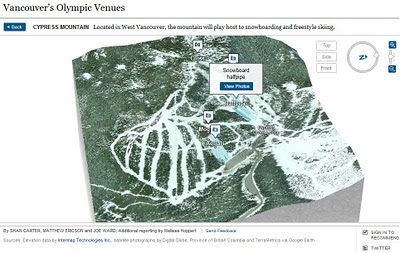