Finally after many months of 'Beta' status the Nokia Maps 2.0 has made it available to the normal users. 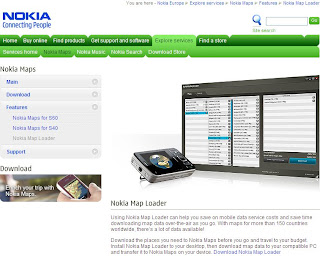 So whats changed?
Well from version 1.0 lots but from the 2.0 beta version not very much (a few bugs)

(Purchase required based on region 3 day, 1 month, 1 year subscriptions - there is a option for 3 days free trial - this now tied to the SIM card not the IMEI of the Phone - meaning if you change your phone you can keep you licence.)
SIM to SIM licence copying can be done.

**Note these two modes use either Wifi or GPRS for displaying the layer they DO NOT come with the MapLoader pre-installed onto a memory card. 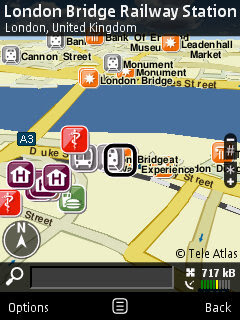 Nokia Maps 2.0 uses digital vector data provided by Navteq and TeleAtlas
Either download directly to the nokia device or by using the Nokia Map Loader on a PC. Nokia Maps 2.0 and the current commercial version of the Nokia Maps Loader are freely available for selected devices.

Nokia Map Loader v1.3.8 (for Vista/XP on the PC - use this to save money on data transfer fees)
If your feeling brave there is a new beta version of Nokia Maps 2.0