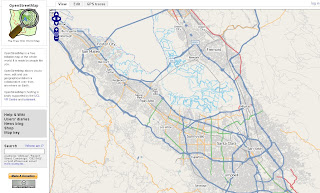 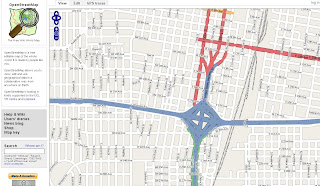 "OpenStreetMap (OSM) has completed the bulk import of comprehensive street and highway data for the United States, months ahead of the project's original estimates. The massive data set originated with the US Census Bureau's public domain map database, and importing it required a dedicated upload process running around the clock since August 2007. The imported data will still require human editing and error-correction, but the completed task is a major milestone for the OSM project."


How was this done so fast?
Once happy with the results, the project began importing the data into the main OSM system using three dedicated daemons running concurrently. Requiring all of the imported data to go through the OSM server's API just like manually collected GPS trace data meant it was a time-consuming process, but it was safer than attempting to bypass the API and alter the database directly.

Quadtiles to the rescue...
At the beginning of the process, the predicted completion date hovered between late May and early June 2008. Luckily, admin Tom Hughes found a way to re-index the database using quadtiles, resulting in greatly shortened database lookup times.

"Quadtiles recursively split each quadrant of the map into four sub-quadrants, allowing for better space efficiency by only subdividing those quadrants that require more detail -- a quadrant containing only ocean and therefore no roads, for example, would not require subdivision, whereas a metropolitan city center would."

Community Help
Now the real work begins, and you can help
The TIGER data set covers 6% of the Earth's surface. Its successful import does not mean that the work is finished. Users who have collected their own GPS logs in areas covered by the TIGER maps and uploaded the resulting data report sporadic problems with TIGER's information. Problems include misalignment of roads, missing features (including the regular absence of on-ramps and access roads, and representation of divided highways as a single road), and occasional confusion on features such as cul-de-sacs. Since the TIGER map data was produced from aerial photography, and was originally intended to assist Census Bureau officials in the field, such problems are bound to occur and are unlikely to have undergone official correction.

History
"OSM has performed one other bulk data import. In July 2007, AND Automotive Navigation Data donated a comprehensive road map of the Netherlands and highway system maps of India and China. The Netherlands import was completed last fall, but the data for the India and China import has yet to be released to the project.

Future
Although other prospects for large-scale map donations have been discussed, none are on the horizon. The addition of the AND and TIGER information gives the OSM project a helpful boost, but the bulk of the future work remains in the hands of individual users, each contributing their input toward the whole."

There doesn't appear to be any text for this blog posting.

perhaps osm should have waited for a very much improved tiger 2007 dataset...

Maybe that is the next stage of the plan.
Not all features have been imported, but streets have.