This August (2014) marks 100 years since the start of the Great War, World War I.  To commemorate this, the National Archives has digitised 1.5 million pages of war diaries, giving readers an insight into what the war was like from a first-hand perspective. We too look back at the technology used during the First World War, specifically the use of Aerial mapping. 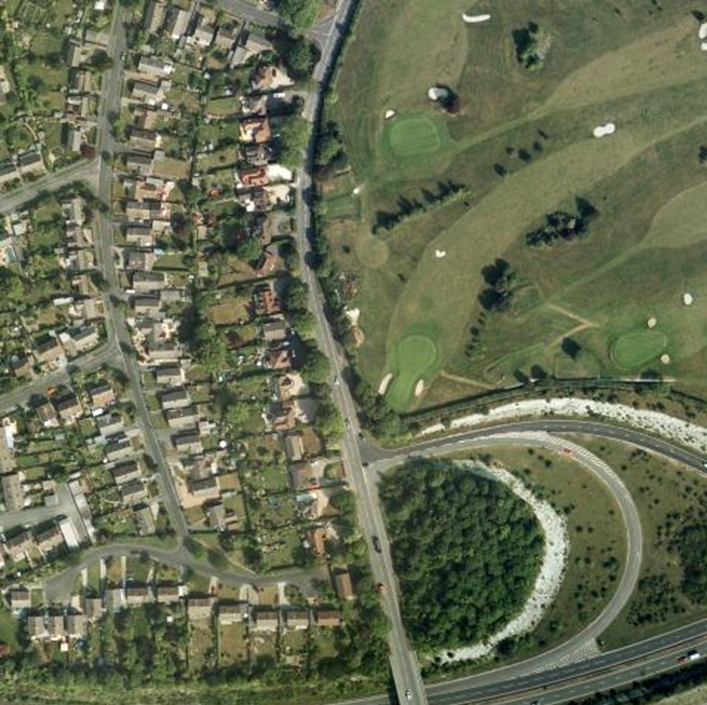 Aerial maps had been around for quite some time before WW1, dating back to the mid-nineteenth century. Gaspard-Felix Tournachon, a French photographer and balloonist, was the first to take an aerial photograph in 1858. The technology soon evolved; in 1882 British Meteorologist E.D.Archibald had pioneered Kite Aerial Photography.
During WW1, Aerial photography had many different uses, and was integral to operations. Aircrafts with cameras attached to them flew overhead taking photos. By the end of the war in 1918, both sides were taking photographs of the front line twice a day. In the same year, General Edmund Allenby commissioned five Australian pilots to photograph 624 square miles in Palestine to improve existing maps of the area – the first use of aerial photography as an aid for cartography.
Aerial maps also branched out to aid with more commercial practices at this time. Several WW1 vets recognised the potential aerial photography had for survey and mapping purposes. A company called Aerofilms created Photogammetry (the science of mapping from photographs), and mapping companies such as the Ordnance Survey started to work with them.

As with WW1, when the Second World War started, aerial mapping technology saw a period of rapid change. Airplanes that were compact and fast were found to be the most suitable aircraft for this activity, particularly Spitfires. Heating systems for cameras and higher altitude photography was also used during this time.
In the present day, it is increasingly likely that radio-controlled planes or multi-rotor helicopters are the aircraft of choice for aerial imagery. Full scale aircrafts still have important roles where higher altitudes or heavier equipment is involved. Aerial maps are now used by individuals on a daily basis, to help them with navigation via smartphone apps.

Aerial maps have also found their place within modern businesses. Many companies require high resolution 12.5cm aerial maps, which allows them to undertake a detailed analysis of the area for planning applications or to combine aerial maps with other data sets, such as height data. .Map by Groundsure sells both 25cm and 12.5cm aerial maps of Great Britain from leading provider, gettmapping.
blog post prepared by Steve Brown.
(many thanks)