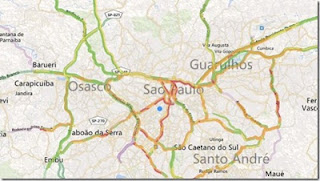 
The following countries will see improvements through Bing Maps as a result of using Nokia services for Traffic:

Geocoding
In addition to these traffic improvements, Bing Maps will also start to use Nokia’s geocoding services in a number of countries offering improved directions.  This update, while not always visible to users, is another important milestone in their partnership to build the world’s best mapping platform using Nokia and Microsoft’s assets.