Using OpenStreetMaps to create a series of maps for the Isle of Man. Image via BBC News

For the first time a comprehensive series of Isle of Man maps have been made available online.

The project has taken Manxman Dan Karran around five years so far and is not finished yet.

In the next stage he will add features like woodland, streams, footpaths, parks, tourist attractions and shops. 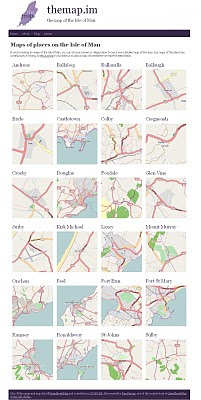 
"The maps got some great coverage with a BBC Isle of Man article, which has generated a good amount of interest in the site. The more people the map is available to, the sooner we can iron out any issues in the map data. There may be the odd typo, things accidentally added in the wrong place, or things that are missing completely, so all feedback is welcome.

For me, building this site is a great opportunity to use Drupal to help promote OpenStreetMap data, using the OpenLayers mapping library (and Drupal module) to display the maps on the site, and I'm looking forward to building the site out further."