"2-D maps are great, but sometimes it's cool to gaze into the distance. Today we're happy to announce support for perspective" 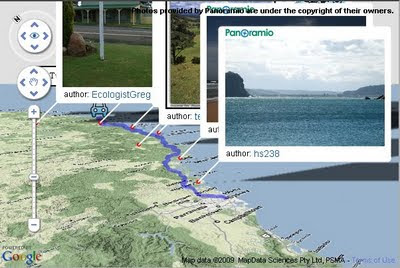 Official Example:Driving Directions with Panoramio along a route in 3D Perspective

You can manipulate the 3D map using the same keyboard controls as you use on Google Earth and within the Maps API. Clicking and dragging moves the map in the direction being dragged, as you would expect. When dragging the map while holding down an optional modifier key, however, you can alter the attitude of the map: 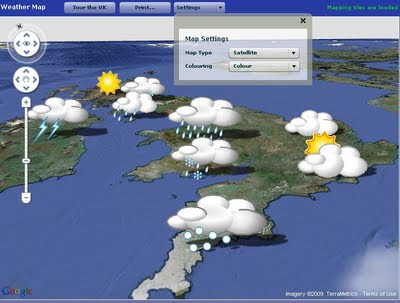 The key and simple code to make the changes are: