"As the Guardian article points out the OS was unhappy with local authorities signing up to the Google Maps API terms of service as it required a “broad” re-licensing of the data to Google and the users of Google maps based sites."


Update:
Google Maps API Users have raised the issue
http://code.google.com/p/gmaps-api-issues/issues/detail?id=852
(please star the issue so the 'Terms of Use' will be updated asap.)

The Ordnance Survey are striking back after the announcements of 'Show Us a Better Way' about derived data - breaking copyright. 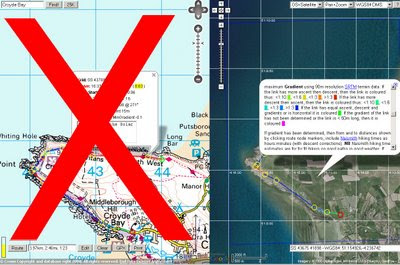 OS Maps Online - But you cannot create points, line or polygons from it as your breaking copyright. 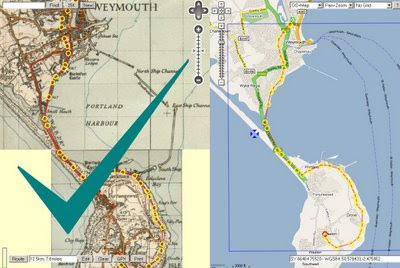 However you can use these Old OS Maps to capture data freely.

http://www.showusabetterway.co.uk/call/2008/11/and-the-winners-are.html
Most have some element of Geographical Data (Postcodes) or Mapping.

From the Free Our Data Blog (The Guardian)
"The OS, we’ve learnt, has circulated local government with a helpful Q+A about how they shouldn’t embed info on Google Maps (or of course other mapping companies such as Microsoft or Yahoo or..) if it has been “derived” from OS data."

How to kill innovation in one huge swipe! Well done OS. Remember the UK Taxpayer has funded you for years (now its 47%).

more on the debate:

Question: I want to pull Google Maps onto my system and host my Ordnance Survey derived business information on top, so that no data will pass to Google. Can I use this solution instead?

A No. Although you will not be passing any data directly to Google, by displaying such data on top of Google Maps in this way and making such mapping available to the public, it appears that you will be granting Google a licence to use such data. This is the case despite the fact that you will be hosting the data on your system. Google’s terms and conditions appear to provide that any display of data on or through the Google services grants Google a perpetual, irrevocable, worldwide, royalty-free licence to reproduce, adapt, modify, translate, publish, publicly perform, publicly display and distribute such data.

The terms of your licence do not permit you to license Ordnance Survey data to a third party in these circumstances.

View and get bored read the PDF the Ordnance Survey published

"you cannot create points, line or polygons from it as your breaking copyright"

think you're missing the point. You can create as many points, etc, as you like, but this constitutes 'derived data', which you can't pass on to anyone else as you have agreed that it comes under the OS copyright.

Google has a similar restriction: any point obtained through their geocoder may only be displayed with Google Maps.

Quite how anyone can know whether a latlong coord is derived from the OS or Google or anywhere else, I have no idea :-)

but is latitude & longitude copyrighted?
No.

Now OS might have a case if this was National Grid based.
As they created it.

The maths for converting UK grid coords to/from Lat/Lng is in the public domain. It is just the Transverse Mercator projection with a specific set of scale and origin values.

If I convert a Lat/Lng to a UK grid coord I do not believe it become OS property!

All the stuff about the copyright in the National Grid is a canard and one which OS, among others, is guilty of perpetuating.

The National Grid was created more than 50 years ago. Therefore if there ever was any Crown Copyright in it, it's expired. End of.

Co-ordinates, regardless of the projection system they are based upon are the not inherently the intellectual property of the Ordnance Survey. What Ordnance Survey are claiming ownership over is data derived from their commercial products, not the co-ordinate systems in which that data happens to be saved.

Local authorities have a licence to use Ordnance Survey's commercial products (AddressPoint, MasterMap, Boundary Line etc.) and we use those products to derive map overlays. If for example we show the boundaries polling districts, those boundaries will ultimately have been derived from Ordnance Survey Boundary Line at some point in their history. Similarly, if we show the locations of restaurants or swimming pools, we have almost certainly obtained the co-ordinates of those restaurants or swimming pools from Ordnance Survey AddressPoint.

We could theoretically re-plot all our lines and polygons by hand, using Google Earth as a reference base-map for example, and free ourselves of obligation to Ordnance Survey. However, the volume of data we are talking about make this proposition impractical.

This isn't to say that I believe the position Ordnance Survey have taken is fair or correct, but it's important that we be clear about what they actual restrictions are. If you don't own a licence to use Ordnance Survey's commercial mapping products or you do, but can prove that you haven't created your map data directly from Ordnance Survey data, you are not affected.

"re-plot all our lines and polygons by hand, using Google Earth" ...well then (depending on legal viewpoints) you are deriving from google's aerial imagery!

Follow through the logic of all of this, and you start to realise why the OpenStreetMap project exists, to create new maps from scratch without even looking at copyrighted maps. Sounds ridiculous, but it's making good progress (and quite a fun project!)