"Our [CloudMade] aims are to continue the democratization of geo data and to expand access to open geo data through a range of simple yet powerful tools and APIs." 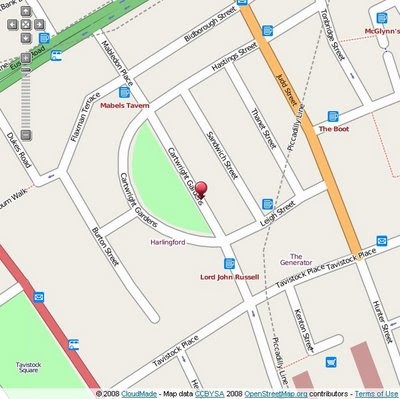 Early Days but looking promising in the 'lite' way to get web mapping on your site without the large restrictions other mapping api's have.

Now there is two Mapping API's that are in early stages of development.

To test it - Mapperz used the OSM data in Virtual Earth as a comparison
http://mapperz.googlepages.com/osm_in_VE.html
speed test onload: 1.25 milliseconds (YSlow!)

Yes currently the bigger API's have more functionality but their Terms restrict in what you can and cannot do with your mapping, so the future for a lightweight Mapping API is looking good.

Though you can view the Official Step-by-Step Examples
http://www.cloudmade.com/products/web-maps-lite/examples/1

Another good move by Cloudmade is the OSM data

"This is where you can find extracts of maps from different places around the world. From here you can download:"

This looks exciting, any word when they will try to put it out on Beta? Also, I hope CloudMade can include hiking trails and other non-urban points of interest.

@postmapper - Both Web Maps Lite and the Mobile Maps API are available for full use by developers. Head over to http://cloudmade.com/developers to find out more.

There's going to be more, exciting releases from CloudMade in early 2009. Right now we have a closed testing program in which we're trying out some new services that will complement our current Web and Mobile offerings.

Any super keen geo hackers out there who can't wait until early 2009 can apply to take part in our pre-Alpha testing. To do so, drop an email to info@cloudmade.com